HOUSTON, Texas — Anti-aging treatments are a popular field of study these days, as more and more people are living into their 70s and 80s. However, a new study reveals the answer to preventing cognitive decline as we age may have been sitting in our blood all along. Researchers have discovered a protein in red blood cells which has the power to prevent memory loss and other age-related issues in the brain.

Tests in mice find that removing the protein adenosine receptor A2B (ADORA2B) from red blood cells triggers faster declines in memory, the ability to recognize sounds, and leads to higher levels of inflammation in the brain.

It’s no secret that as the human body ages, people begin to slow down. With more people reaching old age in modern times, more people are developing age-related diseases like dementia. Study authors explain that the amount of oxygen in the blood also declines as people age.

They add that ADORA2B, a protein on the membrane of red blood cells, helps to release oxygen so the rest of the body can use it. With that in mind, an international team set out to see how large of a role ADORA2B plays in keeping the brain youthful and active.

Researchers engineered a group of mice which lack ADORA2B in their blood. They compared these animals to normal mice, examining their mental decline as they got older. Results reveal all of the typical signs of cognitive decline — poor memory, hearing problems, and brain inflammation — were worse in mice lacking ADORA2B protein.

Moreover, after experiencing a lack of oxygen throughout their bodies, study authors discovered that behavioral and physiological trauma to mice without the anti-aging protein was more severe than in normal mice. Due to these findings, scientists conclude that ADORA2B slows the natural aging of the brain by delivering oxygen vital to its normal functioning.

“Red blood cells have an irreplaceable function to deliver oxygen to maintain bioenergetics of every single cell within our body. However, their function in age-related cognition and hearing function remains largely unknown. Our findings reveal that the red blood cell ADORA2B signaling cascade combats early onset of age-related decline in cognition, memory and hearing by promoting oxygen delivery in mice and immediately highlight multiple new rejuvenating targets,” says study author Dr. Yang Xia from the University of Texas McGovern Medical School in a media release.

The team published their findings in the journal PLOS Biology.

A few days ago DH and I watched the lovely and touching movie, The Leisure Seeker, which reminded me to share an interesting article.

My parents’ generation used to refer to this health issue as “losing your marbles”, which sounds more charmingly benign than the sad reality of cognitive decline. Whether you’re concerned for yourself, an aging relative, or a friend, I hope you’ll find it informative.

Dementia vs. Alzheimer’s: Which Is It? How to understand the difference — and why it matters

The terms “dementia” and “Alzheimer’s” have been around for more than a century, which means people have likely been mixing them up for that long, too. But knowing the difference is important. While Alzheimer’s disease is the most common form of dementia (accounting for an estimated 60 to 80 percent of cases), there are several other types. The second most common form, vascular dementia, has a very different cause — namely, high blood pressure. Other types of dementia include alcohol-related dementia, Parkinson’s dementia and frontotemporal dementia; each has different causes as well. In addition, certain medical conditions can cause serious memory problems that resemble dementia.

A correct diagnosis means the right medicines, remedies and support. For example, knowing that you have Alzheimer’s instead of another type of dementia might lead to a prescription for a cognition-enhancing drug instead of an antidepressant. Finally, you may be eligible to participate in a clinical trial for Alzheimer’s if you’ve been specifically diagnosed with the disease.

In the simplest terms, dementia is a nonreversible decline in mental function.

It is a catchall phrase that encompasses several disorders that cause chronic memory loss, personality changes or impaired reasoning, Alzheimer’s disease being just one of them, says Dan G. Blazer, M.D., a professor of psychiatry at Duke University Medical Center.

To be called dementia, the disorder must be severe enough to interfere with your daily life, says Constantine George Lyketsos, M.D., director of the Johns Hopkins Memory and Alzheimer’s Treatment Center in Baltimore.

It is a specific disease that slowly and irreversibly destroys memory and thinking skills.

Eventually, Alzheimer’s disease takes away the ability to carry out even the simplest tasks.

A cure for Alzheimer’s remains elusive, although researchers have identified biological evidence of the disease: amyloid plaques and tangles in the brain. You can see them microscopically, or more recently, using a PET scan that employs a newly discovered tracer that binds to the proteins. You can also detect the presence of these proteins in cerebral spinal fluid, but that method isn’t used often in the U.S.

A doctor must find that you have two or three cognitive areas in decline.

These areas include disorientation, disorganization, language impairment and memory loss. To make that diagnosis, a doctor or neurologist typically administers several mental-skill challenges.

In the Hopkins verbal learning test, for example, you try to memorize then recall a list of 12 words — and a few similar words may be thrown in to challenge you. Another test — also used to evaluate driving skills — has you draw lines to connect a series of numbers and letters in a complicated sequence.

There’s no definitive test; doctors mostly rely on observation and ruling out other possibilities.

For decades, diagnosing Alzheimer’s disease has been a guessing game based on looking at a person’s symptoms. A firm diagnosis was not possible until an autopsy was performed.

But that so-called guessing game, which is still used today in diagnosing the disease, is accurate between 85 and 90 percent of the time, Lyketsos says. The new PET scan can get you to 95 percent accuracy, but it’s usually recommended only as a way to identify Alzheimer’s in patients who have atypical symptoms.

In hopes of staving off cognitive decline, I’ve been refreshing my French with the help of the free online language courses on DuoLingo. Next up: brushing up on my minimal Italian (one college semester) in preparation for our trip to Sicily, Milan and Florence in October.

Younger readers may think this is an issue that only affects their parents or grandparents. Not so fast: apparently the seeds of dementia can be sewn in our 30’s, 40’s and 50’s — up to three decades before the disease appears full-blown. Yowza.

Nearly two-thirds of Alzheimer’s sufferers are women. But the good news is that there’s a lot we can do to protect ourselves – at every age. Reducing inflammation, insulin resistance, blood sugar, high LDL cholesterol and vascular problems lowers our risk, and current research now focuses as much on causes as on cures. 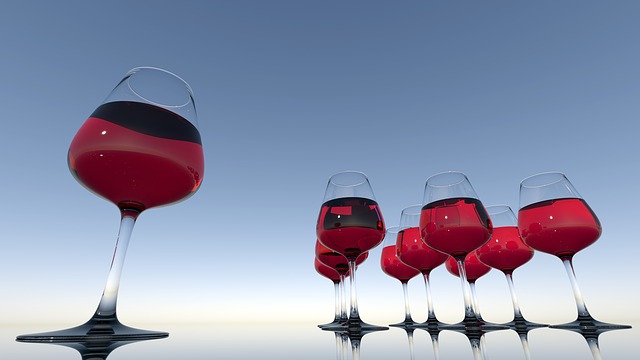 What to avoid? Sugar. Too much can lead to obesity and diabetes, both of which increase the risk of dementia. So swap that margarita for cabernet! And watch your cholesterol: high levels can cause plaque buildup in blood vessels and keep blood from effectively reaching all parts of your brain.

It’s as good for your brain as it is for your butt.