No time for an original post today, but want to share this encouraging article from my daily New York Times email briefing:

A running start for a vaccine at Oxford

Here’s promising news in the worldwide race to develop a vaccine to ward off the coronavirus. The Jenner Institute at Oxford University has one that seems to work in lab animals and is ready to test its effectiveness in humans, if regulators approve.

The institute had a big head start, our correspondent David D. Kirkpatrick reports. Its scientists had an approach that they already knew was safe: They had proved it in trials last year for a vaccine to fight MERS, a respiratory disease caused by a closely related virus.

That has enabled the institute to skip ahead and schedule tests of its new Covid-19 vaccine on more than 6,000 people by the end of May, hoping to show not only that it is safe, but also that it works.

Scientists at the National Institutes of Health’s Rocky Mountain Laboratory in Montana got very good results when they tried out the Oxford vaccine last month on six rhesus macaque monkeys. The animals were then exposed to heavy quantities of the coronavirus. After more than four weeks, all six were still healthy.

“The rhesus macaque is pretty much the closest thing we have to humans,” said Vincent Munster, the researcher who conducted the test.

Immunity in monkeys doesn’t guarantee that a vaccine will protect people, but it’s an encouraging sign. If the May trials go well and regulators grant emergency approval, the Oxford scientists say they could have a few million doses of their vaccine available by September — months ahead of other vaccine projects.

“It is a very, very fast clinical program,” said Emilio Emini of the Bill and Melinda Gates Foundation, which is helping to finance a number of competing efforts.

All in the genes: The Jenner Institute isn’t following the classic approach of using a weakened version of the disease pathogen. Instead, its approach starts with another familiar virus, neutralizes it and then genetically modifies it so that it will prompt the body to produce the right antibodies for Covid-19.

Researchers originally cooked up the technology in a quest to develop a vaccine for malaria, which is caused by a parasite. No luck there yet. But when the idea was borrowed to go after MERS, it worked well.

Photo by Andrea Piacquadio on Pexels.com

Look for these promising new initiatives to become more widely used in the next couple of years. 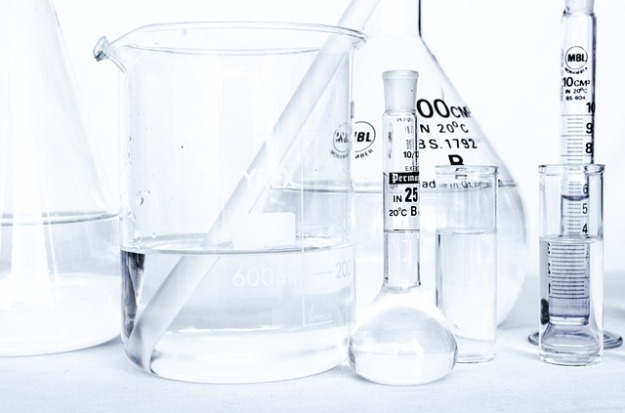 1. Tecnic Symfony, a newly approved, first-in-class lens replacement for cataracts, can now provide an extended depth of focus.  We’ll no longer have to choose between optimal close-up or distance vision, and a tiny stent is now available to treat people with glaucoma.

2. Drones are distributing medicine to isolated areas. In 2016, a start-up company used drones to deliver medicine to Rwanda. This practice has since become routine and it’s estimated that even more areas will benefit.

4. ALS patients will soon be able to communicate with their thoughts. New technology may help decode the thoughts of people with functional brain activity who have a completely paralyzed body resulting from a stroke, traumatic injury or amyotrophic lateral sclerosis (ALS).

5. Diabetics can be helped by an artificial pancreas. Diabetes is caused when the pancreas produces insufficient insulin. In May 2017, it was reported that the first artificial pancreas systems (the Hybrid Close-Loop Insulin Delivery System) were beginning to be distributed, helping diabetics regulate their insulin levels.

6. Reduction of LDL cholesterol. When powerful cholesterol drugs — known as PCSK9 inhibitors — were approved by the FDA in 2015, experts hailed it as a huge breakthrough, but more studies were needed to see whether this would result in medications with fewer side effects than statins.

Since then, new studies have reported good news – earlier in 2017, a 20% reduction in LDL was reported in a study group of 25,982 patients. These new cholesterol meds should become increasingly available.

7. Enhanced post-surgery recovery. Traditional surgery protocol involves no eating or drinking beforehand, feeling nauseous or groggy afterwards, and being prescribed pain medication to help with recovery, which can lead to opioid dependence.

New research has been evaluating the Enhanced Recovery After Surgery (ERAS) protocol, which recommends various methods including post-operative nutrition plans and alternatives to pain medication, to speed up the recovery process.

8. More targeted and precise breast cancer therapies. Treatments such as chemotherapy fight cancer cells but don’t always have the desired outcome. In the near future, according to Breastcancer.org, expect to see treatments for breast cancer that are designed to target specific cancer cell characteristics, such as the protein that allows cells to grow in a malignant way, .

9. Improved treatments for sleep apnea. Treatment for moderate to severe sleep apnea is often invasive and uncomfortable, involving the Continuous Positive Airway Pressure machine (CPAP). This machine blows air into your nose via a nose mask, keeping the airway open and unobstructed.

But a less invasive method was approved by the FDA in October, 2017. The Remede sleep system is an implanted device that treats central sleep apnea by activating a nerve that sends signals to the diaphragm to stimulate breathing.

Following successful trial studies, this may become the treatment of choice.

10. Next-generation vaccines. New techniques include freeze-drying, which allows vaccinations to be transported to remote areas. Companies are also investigating faster ways to manufacture vaccinations to make them more readily available.

11. The first human head transplant! Italian scientist Sergio Canavero and Chinese surgeon Xiaoping Ren are developing a plan to transplant a human head — and yes, it involves neck bolts and electricity! The goal is to help patients with spinal cord injuries and paralysis.

The surgeons have already performed the procedure on mice, rats and a dog, all of which survived surgery and even regained some motor function. Is that cool or what?!

Have a GOOD week! xx