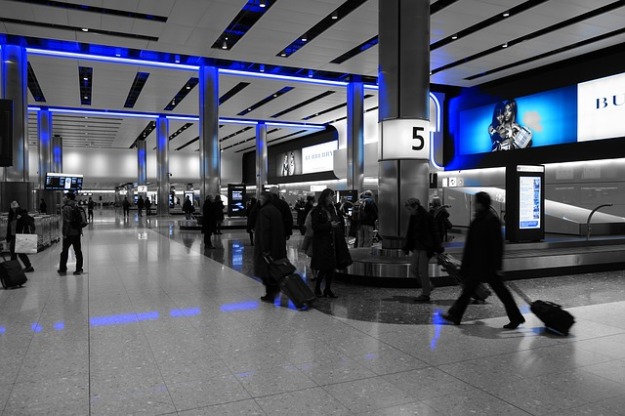 In the rest of life you can choose your travel companions. A business trip is more of a crapshoot, some crappier than others. Do these descriptions remind you of any of your co-workers?

It’s All About Me. This person schemes ahead to make sure they get the best airline schedule/hotel room/seat assignment/you-name-it… even if they are junior to the rest of your group. WTF?

IAAMs often have menu demands that have nothing to do with food allergies or legitimate needs. “Instead of French fries I want twelve organic Zanzibar zucchini spears; ¼” thick, blackened but not burnt, no salt, just a dusting of imported turmeric.” Expect this to be sent back to the kitchen regardless.

The Road Hog. Ever had to ride with a really terrible driver who insists on doing all the driving while flipping the bird and swearing at anyone who passes him, oblivious to the gun rack on the other guy’s vehicle?

The Loudmouth. With or without alcohol, the LM manages to alienate everyone in the vicinity by screeching at the top of her lungs on a continual basis. It’s even worse if you’re traveling internationally — because we really need to reinforce that Ugly American stereotype, right?

The Expense Account Cheat. I don’t know if people still get away with this, but I can remember several occasions when co-workers justified personal items as business “necessities”.  Like you need designer sunglasses because you left yours at home? C’mon. It’s raining.

The Dawdler. No matter how important the presentation, meeting, shoot or whatever, this individual keeps everyone else waiting. ‘Cause you’re not stressed enough already?

Rude-y, Rude-y, Rude-y. He snarls at the waitstaff, desk clerk, cab driver. You stare at the ceiling, hoping nobody will think you’re together.

Forgetful Frank (or Felicia). You gave them the list. You checked it twice. They still managed to leave a critical part of the presentation back in the office. Now it’s ten minutes ’til showtime and you are frantically texting your assistant to e-mail you the document you need before you make an utter ass of yourself.

The Leech. You have a precious few hours of downtime. Your colleague clings to you like plastic wrap. Is he timid? Lonely? An inexperienced traveler? Do you honestly give a s***?

Ethelred The Unready. They have one job to do. You have gone off to take an urgent call from your boss. You return to discover that they a) revealed the one thing they weren’t supposed to reveal, b) didn’t get the crucial shot and now the film crew has moved on to a new location, or c) agreed to an impossible timeline which forces you to backpedal  and convince everyone that the necessary delay is their own idea.

Mr./Ms. GrabAss. “Oooh, we’re out of town. Of course you want me to hit on you even though you’ve never shown the slightest interest before.” They’re THAT irresistible? Mmm, no.

3 thoughts on “Traveling With Others/Business Edition”