First up, breaking news: Amy Cooper, the white woman in Central Park who called the police on a Black bird watcher, will be charged with filing a false report, a misdemeanor punishable by up to a year in jail.

Ms. Cooper will be arraigned in October.  If convicted — which seems likely since the incident was captured on video and went viral — she could be given a conditional discharge or sentenced to community service or counseling rather than jail time. (Counseling seems like an excellent idea, regardless of any other punishment.)

On Memorial Day, Ms. Cooper who’d been walking with her dog, encountered Christian Cooper (no relation), a Harvard graduate and bird watching enthusiast, in the Ramble, a semi-wild part of the park where dogs must be leashed.

Mr. Cooper said that he asked Ms. Cooper to leash her dog, and when she refused, he attempted to lure the dog with treats, hoping to compel her to restrain her pet. (Pet owners don’t like strangers to offer treats and usually leash their dogs to avoid this.) The encounter then got ugly when Ms. Cooper decided to call 911 and tell them that an African-American man was threatening her life.

On a more positive note, this year marks the centennial of the 19th Amendment, which gave women the long-overdue right to vote. In honor, The National Trust for Historic Preservation is currently crowdsourcing locations where women made history.

Savingplaces.org directs visitors to a number of distinctive destinations, including the house where Susan B. Anthony was arrested for voting in 1872, the First Ladies’ Museum, Frederick Douglass’ D.C. home, which Helen Douglass and the National League of Colored Women worked to save, the first secondary school for women, the home where the initial Girl Scouts meeting was held, and many others. They’re hoping to receive hundreds of suggestions. 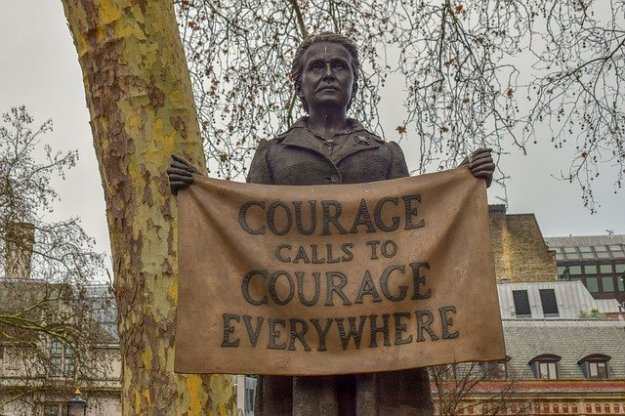 4 thoughts on “Good News Monday: Bad and Good Women Get What They Deserve”