Traveling to Europe from Austin is usually an adventure unto itself, and this trip was no exception.

We’d opted to fly in/out of Houston to avoid the missed or much-too-lengthy connections that occur when landing somewhere else in the US.

After a last-minute switch of hotels (note to airport travelers: do not book the Houston airport Holiday Inn, which is filthy and reeks of smoke!), we check in at the airport Marriott and have dinner at highly recommended Chez Nous in nearby Humble. I learn that the town is pronounced “umble” – perhaps to avoid the obvious jokes about pie?

The meal is excellent and we’re off to a good start. 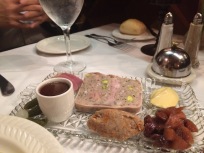 Next morning, we check in for our flights: Houston to Newark and then on to Milan. Board the plane, settle in, and… nothing happens. After three “we’ll be slightly delayed” announcements we’re told of a “mechanical issue” (airline code for “we have no freakin’ clue what’s wrong”) and herded off the plane to scramble for new flights, as many on board are clearly going to miss their connection.

Several hours later we’re en route to Munich, where we’ll connect via Lufthansa to Milan. We arrive safely – still shivering from the insanely cold airplane – way behind schedule. Our luggage does not.

This necessitates another hour filling in paperwork while the lost luggage clerk tries to figure out whether United or Lufthansa is responsible for locating it and getting it to the hotel before we leave for our next destination.

BUT, intrepid travelers that we are, we head to our hotel, the very lovely Grand Hotel Et De Milan, and set off wandering this sophisticated and stylish city.

Since we’re both opera fans, the main reason we’ve stopped in Milan this trip is to see a performance at La Scala the following night. Today, we head over to the opera house museum, which is pretty much a shrine to Maria Callas, patron saint of warblers worldwide. There are costumes, posters, videos, photos, portraits, you name it. Also set and costume designs from various other performances. 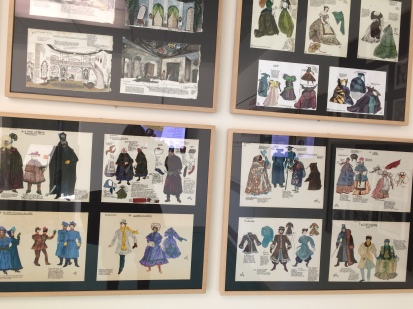 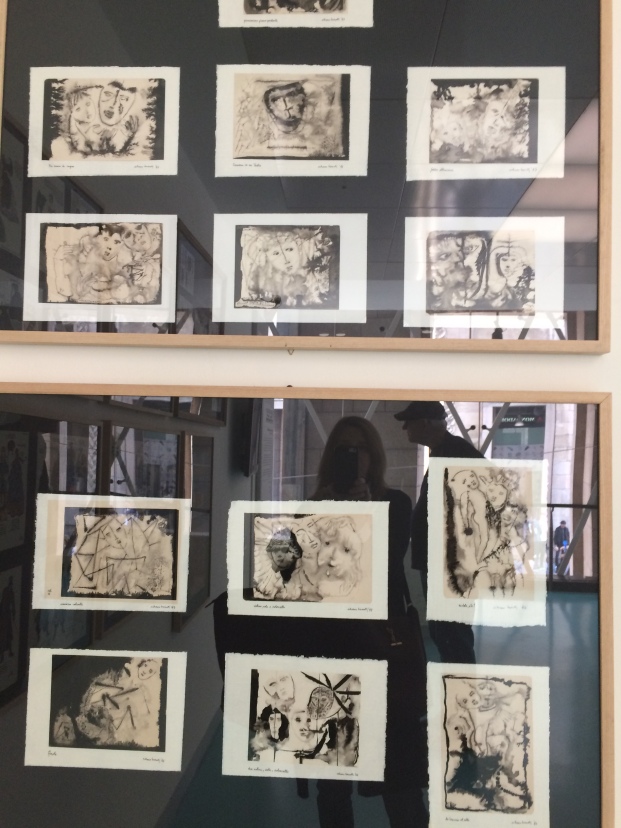 We scarf down a delicious dinner of trenette with pesto and cacio e pepe (here’s one recipe, though it’s even simpler and better if you use grated cacio cheese, olive oil, pasta water and freshly ground pepper) at nearby ristorante Salumiao, which we like so much we eat there the next night as well.

Having been awakened at 1 a.m. by my dear husband (DH) who was obsessing about the missing luggage and wanting me to call someone (who in god’s name is working at that hour? but sure, why not!), I’m not as rested as I could be. Still, off we go to walk around and shop for a shirt and tie for DH to wear to La Scala in case the bags don’t arrive (it’s looking bleak).

After an afternoon drink at the hotel bar we return to our room to change for the opera and – mirabile dictu – bags have arrived!

At La Scala we see a silly opera (Von Weber’s Die Freischutz; about a hapless suitor, magic bullets, and the devil) with pleasant, mostly forgettable music, but we share a box with a nice couple and can now cross it off DH’s bucket list.

We take the train to Florence – our 4th visit to this beautiful city, which is sadly overrun with selfie-stick-brandishing tourists even in October. Our hotel (a private palazzo nicely located near the Duomo) turns out to be lovely despite its unprepossessing exterior: ancient gate/courtyard with faint “eau de urine” from generations of animals and a dirty welcome mat in front of the battered industrial elevator which takes you upstairs to …

Some highlights: Eating at Del Fagioli and Alla Vecchia Bettola, admiring fresh vegetables at the market and frescos at the Pitti Palace and Santa Maria Novella, and window shopping on the Ponte Vecchio,”considering” whether we need to buy the Buccellati lifelike silver crab serving dish that’s “only” 3600 euros after the VAT refund. Hey, let’s take two! 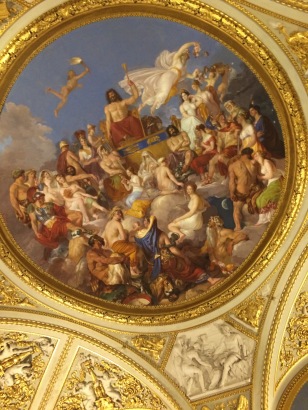 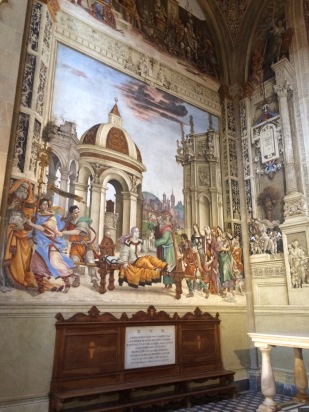 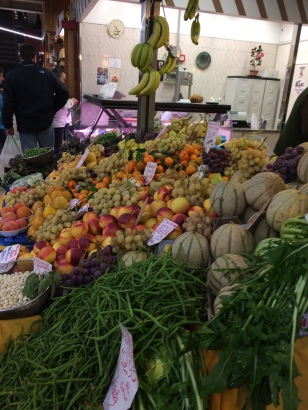 Alitalia seamlessly transfers our luggage from Florence to Rome to Palermo (take note, United!), where our Stanley Tucci lookalike driver takes us to our modern (aka no frills) hotel at 11:30 pm. I’d bought a sandwich to eat on the plane but DH has not eaten – he’s been fighting a cold and wasn’t hungry until now– and dines on minibar bottles and potato chips. Who says travel isn’t glamorous!

Inevitably, if you love to travel and love to eat, you’ll hit every destination armed with restaurant recommendations from foodie friends, bloggers, guide books and the like.

This is often a wonderful resource. But it comes with a downside: a place that’s already popular is often crowded with tourists – not quite the authentic experience you may have been seeking. Personally, I don’t want to hear my native language (especially when it’s LOUD) when I’m traveling abroad. Unless I’m in the UK, of course.

As I get older, I also find that simple meals of fresh ingredients meticulously prepared are infinitely more pleasurable than course after course of “fancy” food at Michelin-starred restaurants. That’s because: 1) I’m no longer interested in making eating a multi-hour activity, no matter how creative the chef is. 2) I can’t eat that much at one sitting. 3) Too often, the food is so rich that I feel vaguely queasy – or more than vaguely – after consuming an elaborate meal.

Simply put, instead of the place everyone’s been telling you about (which may, of course, be fabulous), look nearby for an unassuming restaurant that’s frequented by the locals. Better yet, get a recommendation for a non-touristy place by asking a friendly shopkeeper for suggestions. Chances are, not only will the food itself be memorable, but there will be a story or experience attached to the meal. Bonus: there’s a good chance the local favorite is a lot less expensive than the tourist trap.

Here are a few places we stumbled upon during our recent trip to Milan, Florence and Sicily. As I found out later, they’re all highly rated on Trip Advisor — proving that if you trust your instincts they’ll lead you somewhere good, even if it’s not “undiscovered”!

My husband and I collect antique prints of fish and shells for the guest bathroom (although, truth be told, we are running out of wall space). This gives each trip a shopping focus and often leads to interesting experiences as we search for our “souvenirs”.

In Florence, we made our way to a store we’d located online, only to discover that their prints were all reproductions. Even though we weren’t buying anything, the owner generously steered us to another shop that did sell original prints. And when we asked about nearby places to eat typical Florentine food, she suggested this restaurant, where we enjoyed a wonderful lunch (charcuterie to start; risotto carciofi for me and pasta bolognese for my husband) with a murmur of Italian in the background. 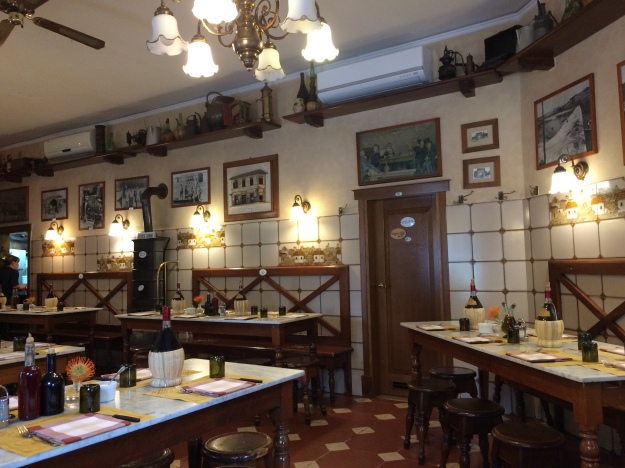 Two days later, we wandered into Nuti, after bypassing the restaurant a friend had recommended which had an impossible wait time and seemed to be full of Americans.

Although hardly “non-touristy”, as the menu is in both English and Italian, Nuti’s food was delicious (beautiful grilled eggplant, zucchini, red and yellow peppers — all sliced very thin and seasoned with garlic and olive oil; fritto misto di mare for me and zesty pasta cinghiale for my husband) and the atmosphere was calm and relaxing; again, with a Florentine clientele. 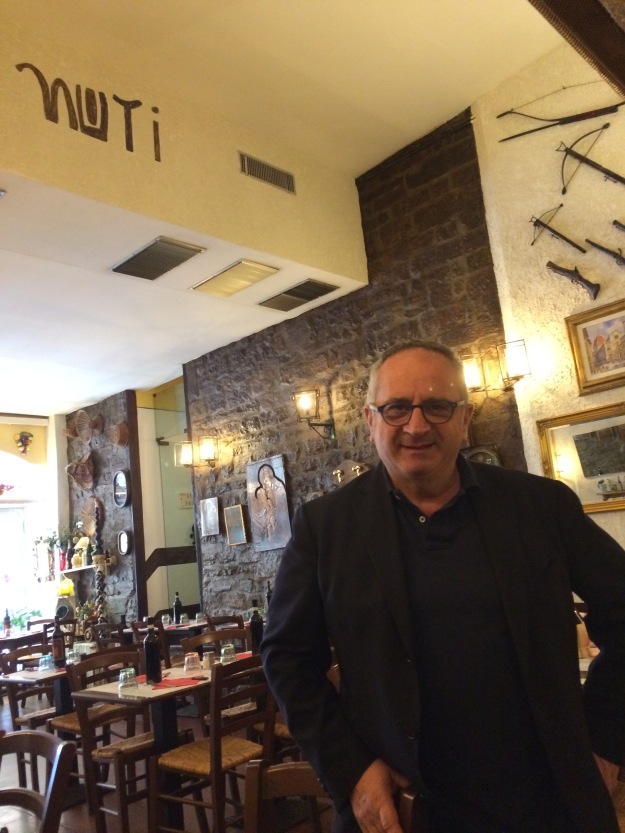 The restaurant’s charming and charismatic manager

Isn’t everything better when it’s fried?!?

Tucked in a side street near the famous Quattro Centi but off the main drag, this “typical” restaurant offered simple Sicilian cuisine (more grilled veggies, pasta with swordfish) that was simply terrific.

Finally, one of the best meals we had was the squid ink pasta with anchovy sauce my husband cooked in the kitchen of our condo in Taormina. It not only tasted amazing, it combined the fun of shopping for local ingredients, the leisure to eat at a time that was convenient, the flexibility to get our bread from a wonderful bakery and our dessert from a different pasticceria, AND we didn’t have to dress up.

A sampling of treats from Pasticceria D’Amore, Taormina