First stop of the day: Cilgerran Castle, a 13th-century ruined castle located in Cilgerran, Pembrokeshire, Wales, near Cardigan. According to Wikipedia, the first castle on the site was thought to be built by Gerald of Windsor around 1110–1115, and it changed hands several times over the following century between English and Welsh forces.

No one’s here today so we roam at leisure, wondering if there are any ghosts. 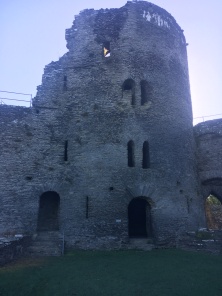 Before we explore, we check in to our hotel.

The Conrah Hotel (originally named Ffosrhydgaled, aka “ditch”!) is a beautiful Edwardian mansion, constructed circa 1850 on the site of a farmstead, stables, outhouses and watermill. 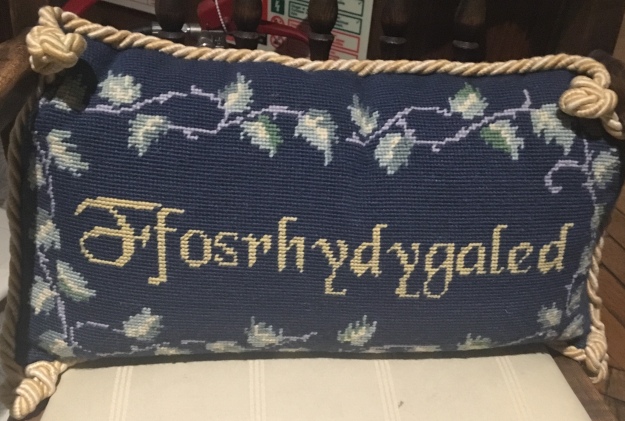 Following a devastating fire in 1911, it is reported that the owner, a Mr. Davies, spent considerable time arguing with his insurance company over where the new house should be built. Davies wished to demolish what was left of the house and re-erect the property in a more elevated position to improve his view, whereas the insurance company refused to allow this due to the increased cost of re-siting the property. Needless to say, the insurers won and the property was rebuilt on the same site. 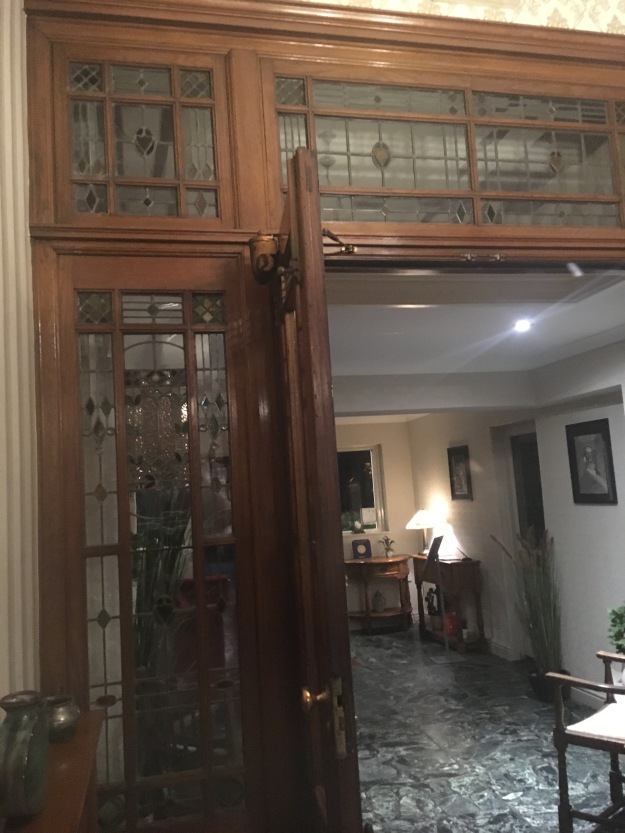 I’d kill for this stained glass.

It remained a private home until 1967, when new owners Constance and Ronald Alfred Hughes converted it to a hotel. The couple had made their money locally, manufacturing ‘Conrah’ vases, table settings and similar items from pressed metals (“Co” for Constance + Ronald’s initials RAH), hence the name change.

We head off to explore the town, which became a popular seaside resort in the 18th century. Early tourists were drawn to the “Brighton of Wales” and it does bear more than a passing resemblance, being both beautiful and a bit seedy.

Gardens and public assembly rooms first attracted wealthy travelers, and in 1800 a new bathhouse provided “respectable visitors” the opportunity to bathe in heated seawater.  Within a few years, bathing machines offered the chance to venture into the sea itself, and guesthouses sprang up to cater to an increasing number of tourists.

This shop could be owned by one of my husband’s many Welsh relatives of the same name.

The pier was built in 1865 and by the early 1900’s Aberystwyth boasted a large pavilion, railway, theatres, cinemas and concert halls.  By the 1950’s, it was well established as a seaside holiday destination.

Dinner tonight is with DH’s cousins, who are warm and welcoming. The husband is an ardent Welsh nationalist, so we keep the Brexit discussion short. (Luckily, we don’t have a dog in this fight.)
We learn that a popular toast is “Lechyd da” (Le-chid-ya), which is easier for me to remember than “lloniannau”, or “cheers”.  The pronunciation is close to the Hebrew toast “L’chaim” (“to life”), which supports a theory that the lost tribes of Israel wound up in Wales.
The following morning, we head off to Bath.  I love this bridge — very Hermès, non?!

Arriving in Bath, our 17th century hotel (Paradise House) looks unimpressive from the outside, and parking in its tiny driveway is precarious, but it’s quite lovely inside. We’re treated to a delicious tea while the room is readied. Would definitely stay here again!

The town center is an easy walk from the Paradise.  Bath is known for its natural hot springs and 18th-century Georgian architecture. Many of the buildings feature local honey-gold stone, including Bath Abbey, famed for its large stained-glass windows, fan-vaulting, and tower.

The museum at the site of the original Roman-era Baths includes The Great Bath, statues (a later addition) and a temple.

There’s a lot to see but we have only one day, so we concentrate on the Baths, a long walk to get a sense of the town, and the Jane Austen museum.

The Baths are well worth the trip, with wonderful depictions of Roman life “back in the day” and many artifacts. 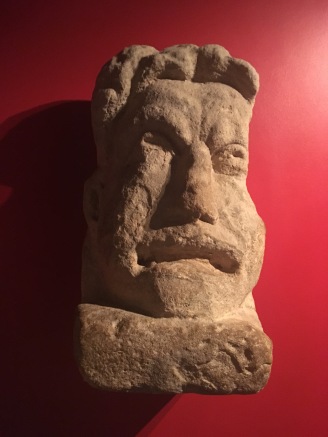 The Austen museum, however, is kind of a bust — costumed guides tell you about her family history (Austen didn’t spend a lot of time in Bath, as it turns out) but this is best visited by the true enthusiast. 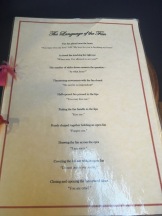 Our stroll takes us to the Royal Crescent, very glamorous.

And I loved this wonderful old-timey chemist’s shop.

We wrap up the day with an excellent meal at Clayton’s Kitchen. Linguine with crab is fresh and delicious.

Tomorrow it’s back to Devon, where we’ll make a major decision….